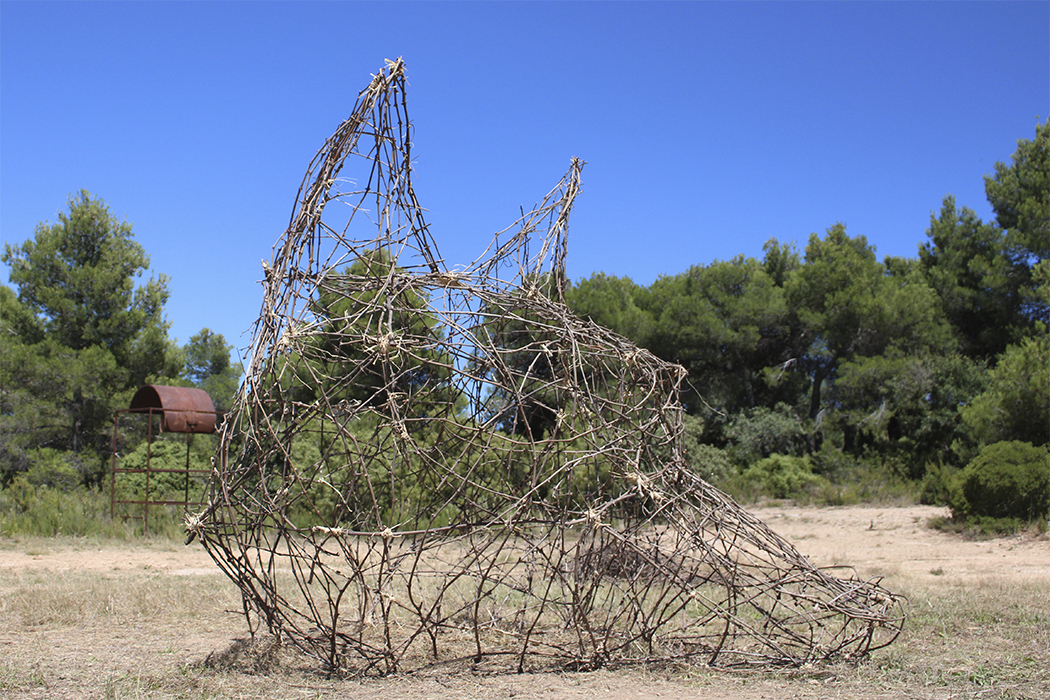 In the beginning of the month in”La vinya dels artistes” of Mas Blanch I Jové (Vineyard), with a group of approximately 60 people we elaborated a sculpture with Vine branches for two hours.

The work is ephemeral and the aim was not to generate residues during the production of it and that over time the materials themselves return to the land.

With the “Fox head” built in the shape of the animal and similar to a hut, the goal was to claim the shelters, the action of protecting the fauna of the area.

In groups we generate different geometric volumes and then these were linked to create a three-dimensional structure.

It was possible thanks to networking, we were creating all different forms for the same goal. With organization and little time we had achieved our purpouse.

Through teamwork we can do a lot, despite having thin and twisted branches that appear not to be a material to create such a sculpture.