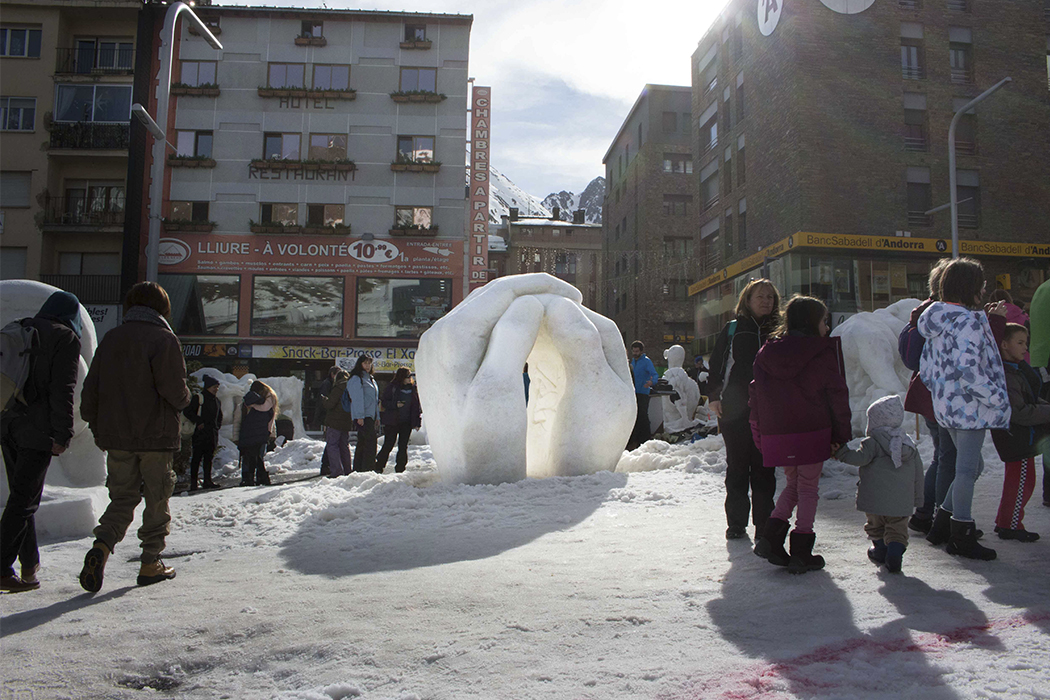 Under the motto of “flora and fauna” we have conceived together with my brother Kim Jurek a work with which to convey a message of commitment to the environment that is affected by our irresponsible actions and that is becoming worse home for the species.

The hands, as a symbol of human action and large, form an arch and show a protective gesture as a metaphor of refuge for fauna and flora, represented inside with a relief for animals and one for vegetables.

To see it we have to approach and enter, only then can you see what it is and in what state, how we should do with the current problem.

The reliefs in the interior are, on the one hand, an interpretation of the desperate horse of Gernika, Picasso’s painting and, on the other, the dehydrated sunflowers of Van Gogh.

It was a few days in which the atmosphere was warm, not only for the companionship, but for the high temperatures, despite being above 2000m the temperature was high and sculpting and carving the snow was complicated. You can only see the detailed images where the definition is lost.