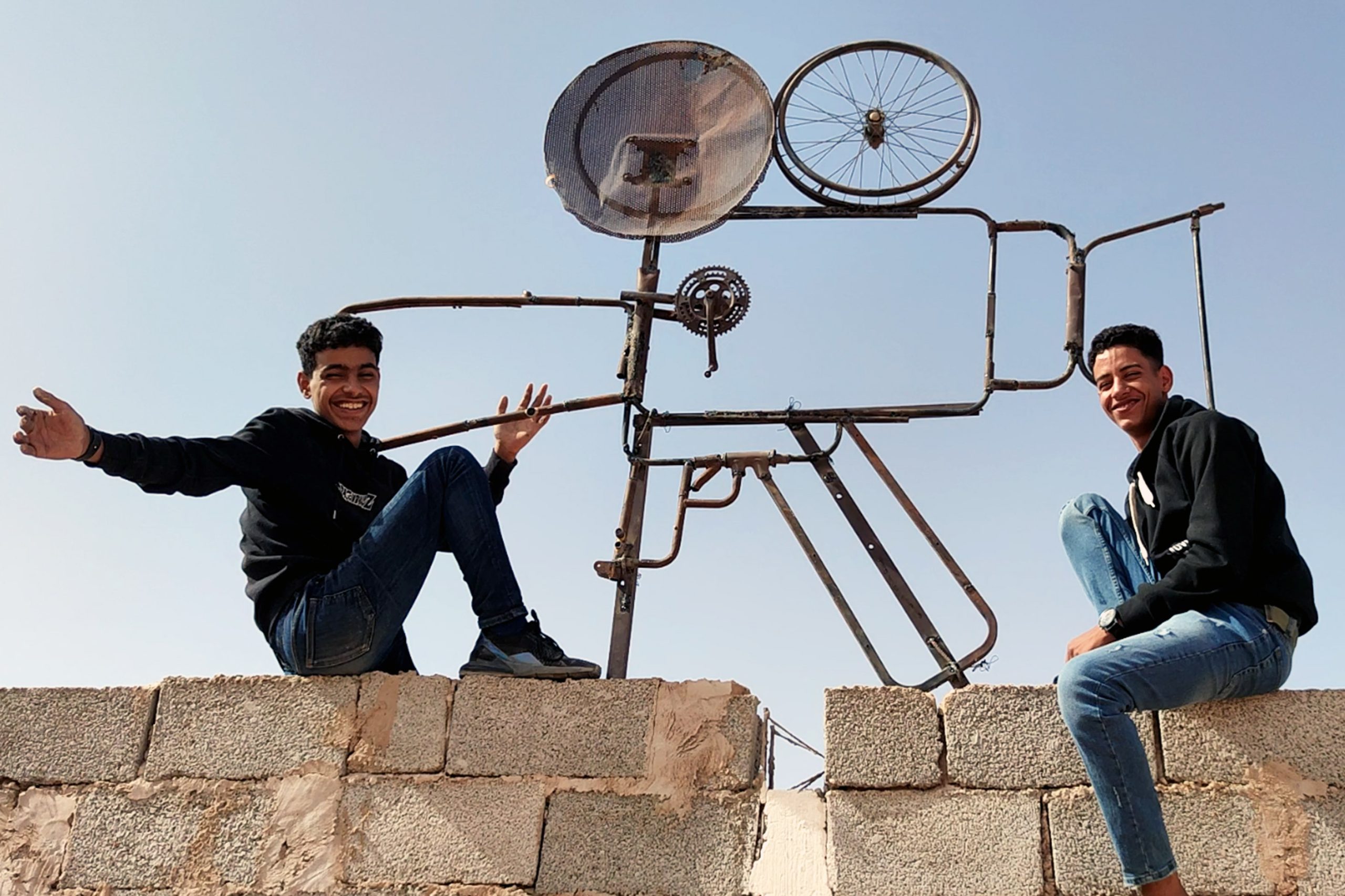 For my latest work I draw in the air the combination of two objects that represent struggle and creative communication. Created with metal waste from the desert dumps and located in the Audiovisual Training School of the Western Sahara of the Refugee Camps in the Wilaya of Bojador. Made during my stay in the Sahrawi refugee camps during the descent with the socio-educational commission organized by @taccbcn.

The work is the result of a reflection verbalized by the Minister of Culture during a meeting with him where he defended that visual creation was the best weapon to communicate and make visible such unjust causes as the one the Sahrawis live in and also served to give to know their culture and identity which is at risk of being lost due to being displaced to a ceded territory, where humanitarian aid supplies them with food, but fails to meet other needs such as the cultural and creative ones. Tiba Chagaf @elsahraui explains it very well in the video Tiba Chagaf: meet a saharaui: https://www.youtube.com/watch?v=OYH3a0HWBT0

The stay, short but intense, allowed me to get to know a people who fight, wait and who, in a resilient and persevering way, fight again for their cause, to move at the rhythm of the clouds through lands that had been offered to them more or less everything they needed until Europe shared the African pie in 1884. Hospitalists at atmospheric levels and tirelessly affable welcome us to the entire socio-educational team to show us that in the desert everything is possible and where nothing we expect can happen of everything.

To add some extra information, say that the Sahrawi people live divided by 6 walls of a total of 2700km known as the wall of shame located between a territory occupied by Morocco, where they live oppressed, and another ceded by Algeria where they live welcomed and in condition of refugees The Sahrawis are incommunicado since the wall is guarded by the most advanced and cruel military technology, approximately 160,000 soldiers and 4 million anti-personnel mines, among many other barriers.