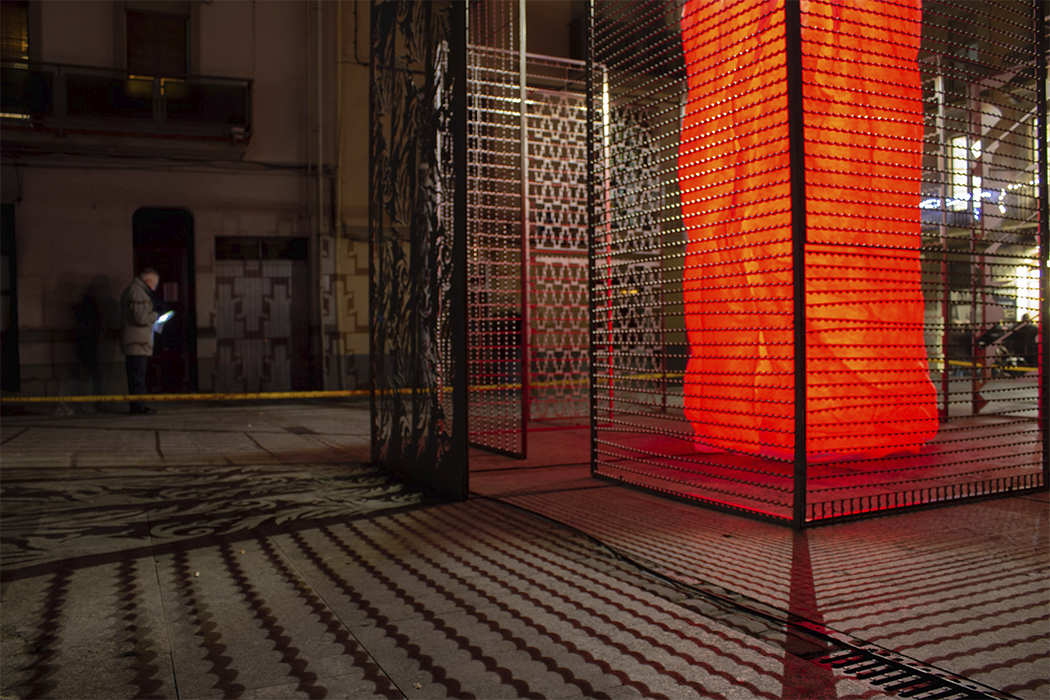 VOCUS represents the idea of fire, in Latin ‘focus’ which are synonymous with bonfire and home (in Spanish hoguera/hogar).
Olot is a land of volcanoes. The volcano as an element that, despite being dangerous and generating mistrust, is present in the region of La Garrotxa (north-Catalonia). This dubious relationship generates a kind of labyrinth becoming a metaphor for each being’s energy. It is the energy that is within each individual and that, from time to time, bursts in the form of emotion, feeling and changes leaving as a consequence the sediments that represent and forge our personality. The maze enters the visitor to seek its inner light, sometimes “asleep” and hidden, but always dormant.

Temporary installation presented as part of the LLUÈRNIA festival in Olot on 9 November 2019.